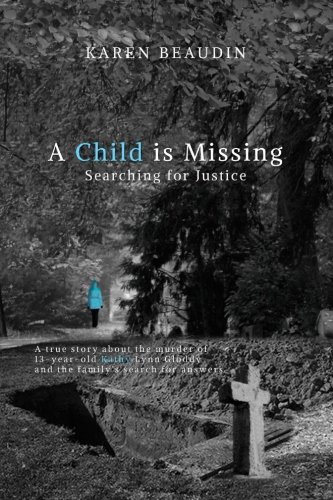 Alyblue Media released the second edition of A Child is Missing: Searching for Justice today. A few aesthetic changes were made. A daisy, Kathy’s favorite flower, was placed on top of each page. Some of my favorite quotes about hope are placed on the blank pages. Kathy’s poems are place throughout the book instead of at the end. The front and back covers have been tweaked a little.  Alyblue Media lowered the price, which I’m thankful for.

Why second editions? Tate Publishing, the publishers for the first editions, is no longer in business. Richard and Ryan Tate have been arrested on numerous felony charges. Some include, embezzlement, attempted extortion, and racketeering. They embezzled millions of dollars from clients that paid THEM to have their works published. This includes authors and musicians. Also, employees from all over the world were not paid.

When I began these projects, it was never about the money. My husband Mike, and me knew publishing would be costly, but felt the books were important for the public, victims’ advocates, criminal justice students, and law enforcement to read and learn from. Not only that, Kathy deserved to have her story told in a very public way. The books have been read in the US, Canada, Japan, and the UK.

The past 10 years of my life have consisted of research, interviews, writing, and promoting both books. When I heard about Tate Publishing, it was heartbreaking. After six years working on the sequel, Searching For Justice, it was no longer available on the market and it was just released on May 31, 2016. Working with Tate on the second book was brutal. It was obvious they were not the same company.

Lynda took loving care to get Searching For Justice back on the market. I expect nothing less with the current work being done on A Child Is Missing: A True Story.  I don’t think I could have gone through this again without the graciousness of Lynda, and Alyblue Media.

You can order the second edition of A Child is Missing: Searching For Justice on Amazon.

Thank you for your support in this journey that never ends.

Kathy, kisses and hugs.  I miss you.