Every year without fail, November 21st comes around, and with it, the memories of my sister Kathy’s’ murder. Kathy was savagely beaten, raped, strangled, and run over by a car. Her naked, lifeless body was discarded in the woods three miles from our home. I always thought an arrest would be made.

The loss is still heartbreaking and I miss her. I struggle to remember aspects of her personality. I can’t recall her voice, her laugh, her gestures, or her joking ways.

This summer I did a book signing at Gibson’s Bookstore in New Hampshire. A woman approached me after everyone else was gone. She told me, “I’m afraid I’ll forget him.” Her soul mate, her love had recently past away, and her greatest fear was she’d forget him. I empathized with her; the fear is real.

She had mementos from trips they’d taken and from the special life they had together. I suggested she start a journal. “Take the things you’ve collected and write about them. Use words to help remind you of the funny things he used to say, and about the trips you took together. Place the mementos with your stories. When you feel you’ve forgotten him, you’ll have your journal to help remind you of the love you shared.”

People told her to move on. “Moving on doesn’t mean we forget, or that we won’t grieve our loss years later. We learn to function after our loss, and we still reminisce. Sometimes reminiscing will make us laugh and other times cry, but either way, it’s okay.”

With tears in her eyes, she said, “I’m going to buy a journal.” We hugged, and I watched her walked away. That was an emotional conversation for me, but like so many other times, Kathy was in it. I know the fear of forgetting a laugh, a smile, or a joke. Its happened to me, and it hurts.

My goals today are different from years in the past. I don’t want Kathy to be forgotten. I hope what happened to her would cause others to make a difference in this world. One person can’t conquer the world, but one step forward can leave a positive mark.

The books, the speaking engagements, and the conversations I have with other families suffering from loss are the ways I show my love for her. 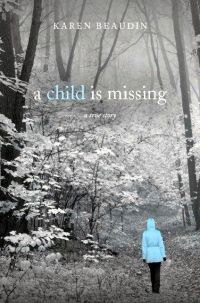 A Child is Missing: a true story 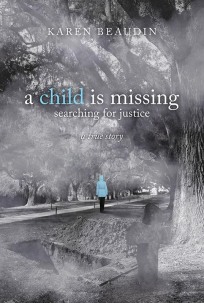 A Child is Missing: searching for justice

4 thoughts on “Moving On Doesn’t Mean We Forget”