The Merriam Dictionary definition of grief is, “deep sadness caused especially by someone’s death.” If that’s the definition of grief, they’ve never met someone who’s loved one was murdered. While I finished A Child is Missing: searching for justice, Lynda Cheldelin Fell was creating, Surviving Loss by Homicide, a grief diary. I was asked by Donna R Gore, national advocate host of Shattered Lives Radio to participate and accepted the challenge. This endeavor was a volunteer mission of many willing to tell their story with the hope it might help others through their grief journey. 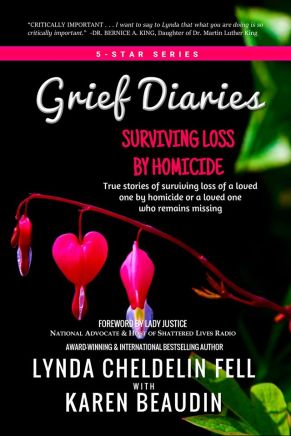