A familiar story that other families across our nation have experienced. Child leaves home, never returns. Heidi, eighteen is a good kid. Goal oriented, she accomplishes her academic achievements ahead of time only to have it all vanish. Just like her.

Kidnapped and missing are the words used to describe Heidi, a lovely daughter, sister and friend. Turmoil consumes the family as they wait for news about the investigation.

Endless questions are asked while their minds spin in every direction. When did Heidi leave home? What was she wearing? Do you have recent pictures of her? Are there any identifying birthmarks? What are the names of her friends? A boyfriend? Do you know anyone who would want to hurt Heidi? These are a few of the questions asked while a family desperately tries to cling to their sanity. Trying to make sense of it all but never achieving it.

The Allen family hopes for Heidi’s return. The emotional roller coaster of her disappearance has taken its toll on all of them.

I understand the conflicts of murder. It goes beyond the day of the kidnapping or murder and investigation. If a perpetrator goes to prison for his act of violence it’s not a guarantee that he will stay there. Families often fight to keep them in prison or to make sure they serve their full sentence. Once the criminal is released a family’s concerns are retaliation

I know Heidi’s sister, Lisa Buske. I met her after a book signing in New Hampshire. She contacted me about my sister Kathy’s story, A Child is Missing. She’d been searching for a book to read about a sister that would understand what she was going through. Lisa’s written her own story called Where’s Heidi and uses it to give others hope at public speaking engagements. She honors Heidi with her book and through her faith.

The Allen family is in a battle because of the affects of the missing and murdered. In nineteen ninety-four Richard Thibodeau and his brother Gary were arrested for Heidi’s kidnapping. Gary was convicted and given twenty-five years but his brother Richard was not.

The family has endured great sorrow and continues to as “rumors” have brought the Thibodeau case to the forefront once again. A new witness has come forward saying another man was heard confessing to the kidnapping and murder of Heidi. Claiming her body was left at a secluded cabin. Last summer law enforcement searched for days looking for evidence in this area. Heidi was not found.

The details of what allegedly happened to Heidi were printed in the newspapers. The description was gruesome to say the least.   The family never heard this disturbing news before.

A Public Defender, Lisa Peebles, hopes to overturn Thibodeau’s conviction and a judge has agreed to hear the new allegations. We rely on our judicial system to work. Whether we feel this is right or wrong it must be honored but sadly it will be at the expense of the Allen family.

While the Public Defender and Thibodeau have their day in court and the media good or bad climbs on board to cover it, a family relives the nightmares of that ghastly day when Heidi went missing. The Allen family continues to hurt, intensified during times like this. Henceforth the title, “The Never-ending Effects of the Missing and Murdered.” Many of us know it well.

Please join me in prayer for this family. 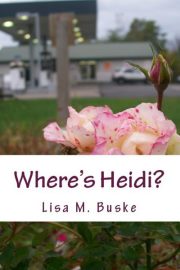